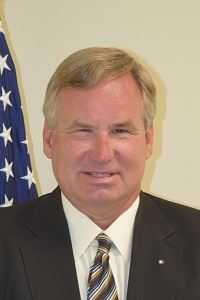 Mr. Don Greathouse represents the City Council District Four. He was elected by special election in September 2013 and was reelected in November of 2013. He began serving his first year in January 2014.  He is currently serving his second term of office.

Councilmember Greathouse is married to Julie Smith Greathouse. They have three children, Jennifer (Michael) Rogers, Rachael (Jeff) Truitt, and Murphy Greathouse. Grandchildren are Marianne and Davis Truitt and Ella Grace and Jackson Rogers. He is a member of East Thomaston Baptist Church where he is currently a Sunday School teacher, Deacon, and Gideon. He is a member of the Sertoma Club.